A CHALLENGE: Make Our Schools the Best in the State (or Nation) 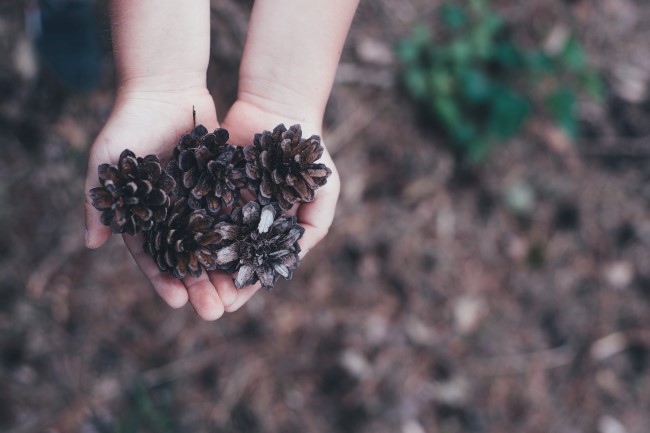 A CHALLENGE: Make Your Local School the Best in Your State (or Nation)

Richard Louv is Co-Founder and Chairman Emeritus of the Children & Nature Network, an organization supporting the international movement to connect children, their families and their communities to the natural world. He is the author of nine books, including “Last Child in the Woods: Saving Our Children from Nature-Deficit Disorder” and “The Nature Principle.” His newest book, “Vitamin N,” offers 500 ways to build a nature-rich life. In 2008, he was awarded the Audubon Medal.

Could your school be the best school for connecting kids to nature and academic improvement? In your city? Your region? Your state? The whole country?

That’s the question Cinda Hanbuch-Pinkerton is asking in the Miami Valley region of Ohio.

Like many people, Hanbuch-Pinkerton believes that more natural learning environments can bring greater academic achievement, creativity and joy to students. Teachers, too.

Hanbuch-Pinkerton is Director of Education for Miami County Parks. She wrote to me recently about the innovative plan her community is creating, which she said was inspired by the 2015 and 2016 Children and Nature Network International Conferences, in Texas and Minnesota. “I came back from (those) conferences fired up to put some wheels in motion,” she said.

She was particularly excited by one challenge she heard at the conferences, to “make your city the best in America for connecting kids to nature,” by setting municipal goals, reaching them, and then giving your city an award for it. “Good challenge,” she thought, “but why not apply that to schools – on a regional or national basis?”

She got right to work with school and park officials in her region. Together, they’re creating the Connect to Nature Challenge for Schools for Ohio’s Miami Valley region. With Doug Horvath, a naturalist for Five Rivers MetroParks in Dayton, Hanbuch-Pinkerton co-chairs the executive board of the Miami Valley Leave No Child Inside (MVLNCI) Initiative.

“The school administrators said that schools are competitive, and if educators and students at a school see a neighboring school or school district win an award as Best School for Connecting Kids to Nature, then other schools will want to know how to win it, too, so their students can be known as healthier, happier, and smarter!”

Hanbuch-Pinkerton is making an important point here: when it comes to creating change for kids, it takes a village – a village of professionals across disciplines, government agencies and organizations, as well as families and kids themselves. That equation may not be replicable in every region, but, if possible, it’s a good model to emulate. The partners came up with a good set of criteria for the award, based on the Ohio Children’s Outdoor Bill of Rights, which was developed by the Ohio Leave No Child Inside Collaboratives and signed in 2010 by Gov. Ted Strickland and mayors from across the state. For Ohio’s schools, Hanbuch-Pinkerton and stakeholders came up with a specific goal: to honor those schools taking steps to connect their students to nature, thereby making them healthier, happier, and smarter.

She and her partners plan to finalize the Connect to Nature Challenge award process in order to launch it this coming school year. There are some great examples already out there, including Chattahoochee Hills School south of Atlanta, which I visited recently. Chattahoochee students spend a third of their day outdoors, learning about all subjects, and they’re scoring better on academic improvement than other elementary schools in the county. But Ohio is moving toward a systemic way to honor innovation and encourage education to move more quickly in this direction.

If Miami Valley’s schools’ pilot effort succeeds, Cynda hopes statewide adoption will follow. Her next step is to meet with all the Miami County school superintendents and principals. “Our Miami Valley Leave No Child Inside group is also working on finding funding to get signs and/or banners made up for schools who achieve this designation so that the award is highly visible to the community. “We’re working on creating the same kind of certification/competition for other aspects of the community including libraries, places of worship, parks and nature centers,” she adds.

Ideally, school districts and states across the U.S. (and beyond) will pick up this challenge, too.

If you’d like to adapt this idea to your own region or state, and want to know more, please contact Cinda Hanbuch-Pinkerton at cindahp@miamicountyparks.com. Have suggestions for how your city, region or state could do the same? Please share them below in the comments section, or throughC&NN’s Vitamin N Challenge.

Here’s a link to a description of the Best School Challenge, and draft application, that Hanbuch-Pinkerton and her colleagues have created, one that could be adapted by other communities and schools.

I’m excited about the potential. Hope you are, too. And that you’ll pass this idea along to people and networks who could make it happen in other communities, and your own.

Richard Louv’s newest book, VITAMIN N, offers 500 ways to create nature-rich schools, libraries, homes, communities — and kids. His other books include LAST CHILD IN THE WOODS: Saving Our Children from Nature-Deficit Disorder and THE NATURE PRINCIPLE. He is co-founder and chairman emeritus of the Children & Nature Network.  Follow Richard Louv on Facebook and @RichLouv on Twitter.

Click here to take C&NN’s Vitamin N Challenge
Find out how can you help your family, school, library and community get a dose of nature.