Discover The Women Of The Confluence | Women’s History Month 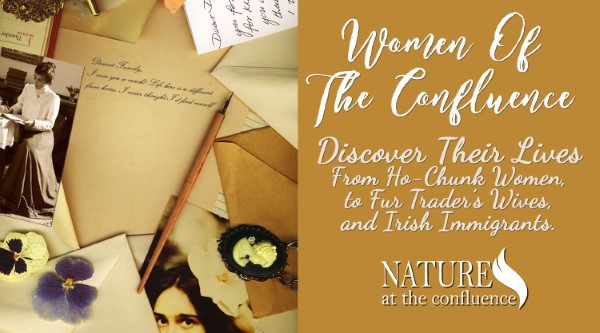 Women’s History Month | Honoring the women who lived at the confluence of the Rock River and Turtle Creek from 1800-1880.

From the Ho-Chunk women who made their homes here until they were forced to leave, to the Native wives of French fur traders, and the settlers who arrived by wagon to build their home in the new frontier.  People have lived at the confluence of Turtle Creek and the Rock River for over 12,000 years, but much of the written history about the people who dwelled here focuses on the men who left their mark here and little has been written about the women.

This program will delve into the lives of the women who lived here from 1800-1880, raising their families, and growing and harvesting crops to sustain them. From the Ho-Chunk women who made their homes here until they were forced to leave, to the two Native American wives of fur trader Joseph Thibault, to the first settlers who arrived by wagon to build their home in the new frontier.  We’ll also learn about the women of the 15 Irish immigrant families that left their impoverished country to settle right here on this property in 1857. While their husbands toiled to build the new railroad, the women strived to build a new home and raise a family here, thus creating the first settlement they called “Illinoy”, which later became South Beloit, IL.