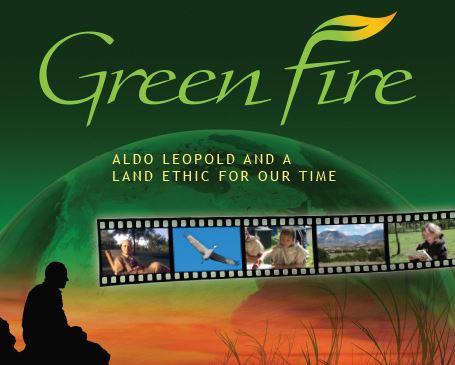 Curt Meine, narrator of film will be featured guest speaker

Nature At The Confluence is pleased to screen the newly released film Green Fire: Aldo Leopold and a Land Ethic for Our Time with special guest Curt Meine, director for conservation biology and history with the Center for Humans and Nature, senior fellow with the Aldo Leopold Foundation, and author of Aldo Leopold: His Life and Work, and the film’s on-screen guide and narrator. This film is presented in cooperation with Center for Humans and Nature.

Green Fire: Aldo Leopold and a Land Ethic for Our Time  is the first full-length high definitio documentary on Aldo Leopold, prominent early twentieth century conservationist and author of A Sand County Almanac. This Emmy Award-winning film explores Leopold’s experience through the development of his idea of a “land ethic.” It follows his life story through places he lived and worked, quotations from his writing, and interviews with his children. The filmmakers weave this story from the past into the present, directing us toward the future as we attempt to implement Leopold’s land ethic in the context of a changing climate. Green Fire connects us with the history of the conservation and environmental movement through the life of Leopold and the influence he had on so many fields.

Leopold’s land ethic encourages us to view land not as a commodity belonging to us, but as a community to which we belong. He invites us to enlarge our ethic of right relationship with other human beings to include the soil, the water, the animals and plants, and the other resources that make up our world — what he called the land community.  Click here to view movie trailer.

Seating is limited for this special event. A suggested donation of $5 will support Nature At The Confluence’s Green Team restoration efforts

Secure Your Seat by Registering Now