Land Acknowledgement adopted by Nature At The Confluence 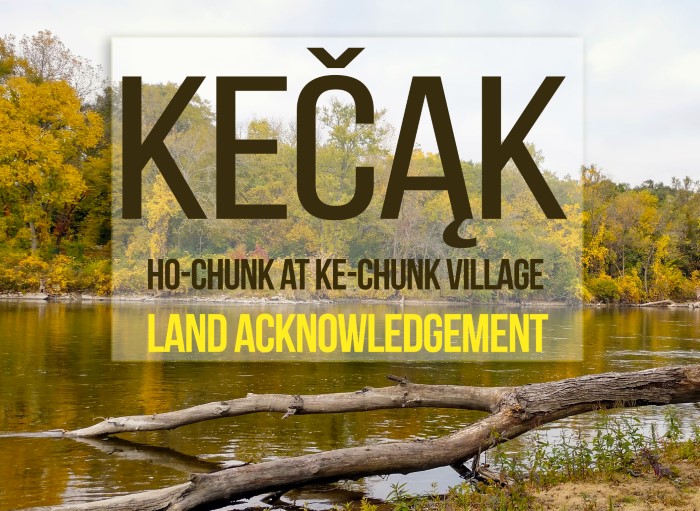 At the confluence of Turtle Creek and the Rock River, from about 1822-1832, there was a very large Ho-Chunk settlement called Ke-Chunk (Kečąk) or Turtle Village.  You can learn more about Ke-Chunk (pronounced kay-chunk) Village and the Ho-Chunk people in the links below.

Nature At The Confluence Land Acknowledgement

Nature At The Confluence acknowledges that we occupy ancestral Ho-Chunk land, where their people lived at Ke-chunk-nee-shun-nuk-ra, or Turtle village, until an 1832 treaty forced them to cede this territory. For decades federal and state governments repeatedly, but unsuccessfully, sought to forcibly remove the Ho-Chunk from Wisconsin and Illinois. Through our programs we seek to educate visitors about the Ho-Chunk’s legacy of resilience, and honor their ancestors that cherished this land.

The Ho-Chunk, also known as Hoocąągra or Winnebago, are a Siouan-speaking Native American people whose historic territory includes parts of Wisconsin, Minnesota, Iowa, and Illinois. Today, Ho-Chunk people are enrolled in two federally recognized tribes, the Ho-Chunk Nation of Wisconsin and the Winnebago Tribe of Nebraska.  – From Wikipedia

Historical Papers and Other Resources 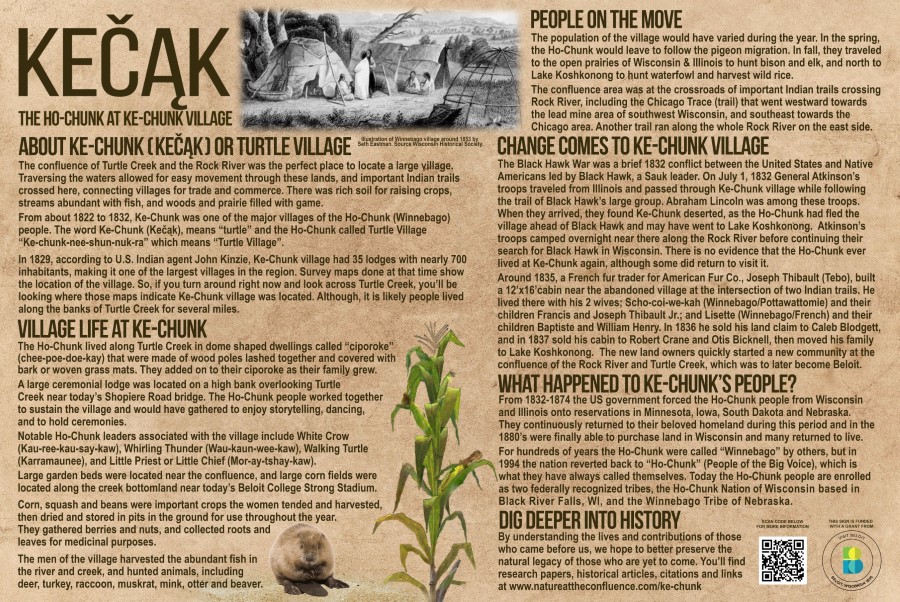