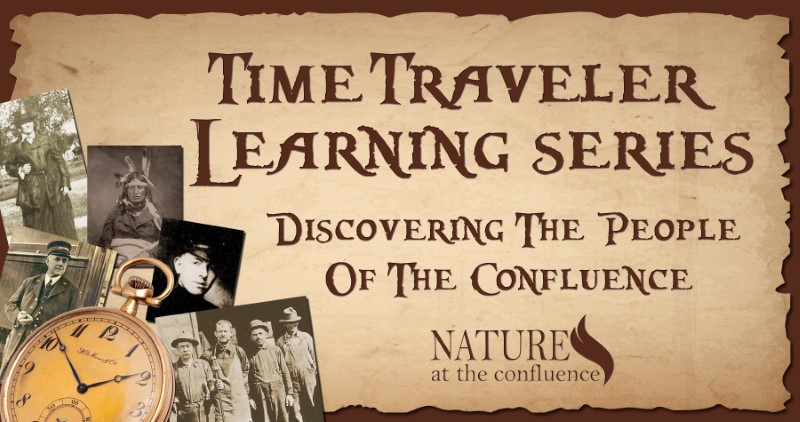 If this land could talk it would tell you about the people that cared for it, revered it, cried for it, dreamed of it, and shaped it over the millennia.  The Time Traveler Discovery Series will explore the fascinating history of this land and the people who lived or worked near the confluence of Turtle Creek and the Rock River over the centuries.

Beginning with the ancients who left their mark on the lands along Turtle Creek with the many mounds they created, to the people of Ke-Chunk, a large Ho-Chunk village, who tended crops in the rich soil. When they left in 1832, a fur trader built a small cabin for his two Native American wives and children to live in. Then settlers moved in, taming the land, including Irish migrant railroad workers who created a settlement here they called “Illinoy”.  Later, an orphan lad left his home overlooking Turtle Creek to join the Army where he made the ultimate sacrifice through his heroic actions in battle.  General Pershing later called him one of the greatest heroes of World War I.

Come discover the people that shaped this land and our communities.

Many programs are free, but donations are appreciated so we can continue our work on restoring the land.